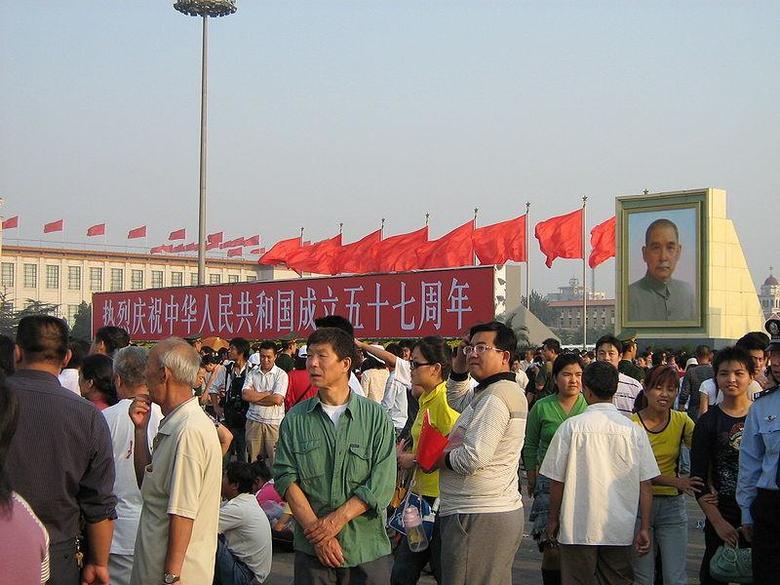 Today, Tuesday 1st October 2013, is National Day and the start of Golden Week (黄金周) in China, one of the the longest public holidays in the country.

According to Wikipedia “The Central People’s Government passed the Resolution on the National Day of the People’s Republic of China on December 2, 1949 and declared that October 1 is the National Day.

Chinese National day is a day of celebration and many events and activities take place around the country on the day. These include the Good Harvest firework displays.

Golden week is traditionally a time for Chinese people to travel around the country to visit family. The government allows domestic travel throughout this week and consequently over 100million people will visit maninland China, Hong Kong and Macau.

It is estimated that many Chinese will travel overseas for an international shopping spree. Westfiled Stratford, one of the biggest shopping malls in Europe, reckon last year the Chinese tourist market accounted for 35 per cent of sales in the shopping centre’s luxury quarter, The Village, which was up 19 per cent on the previous year.

So, we would like to wish all Chinese people, everywhere, a happy holiday.