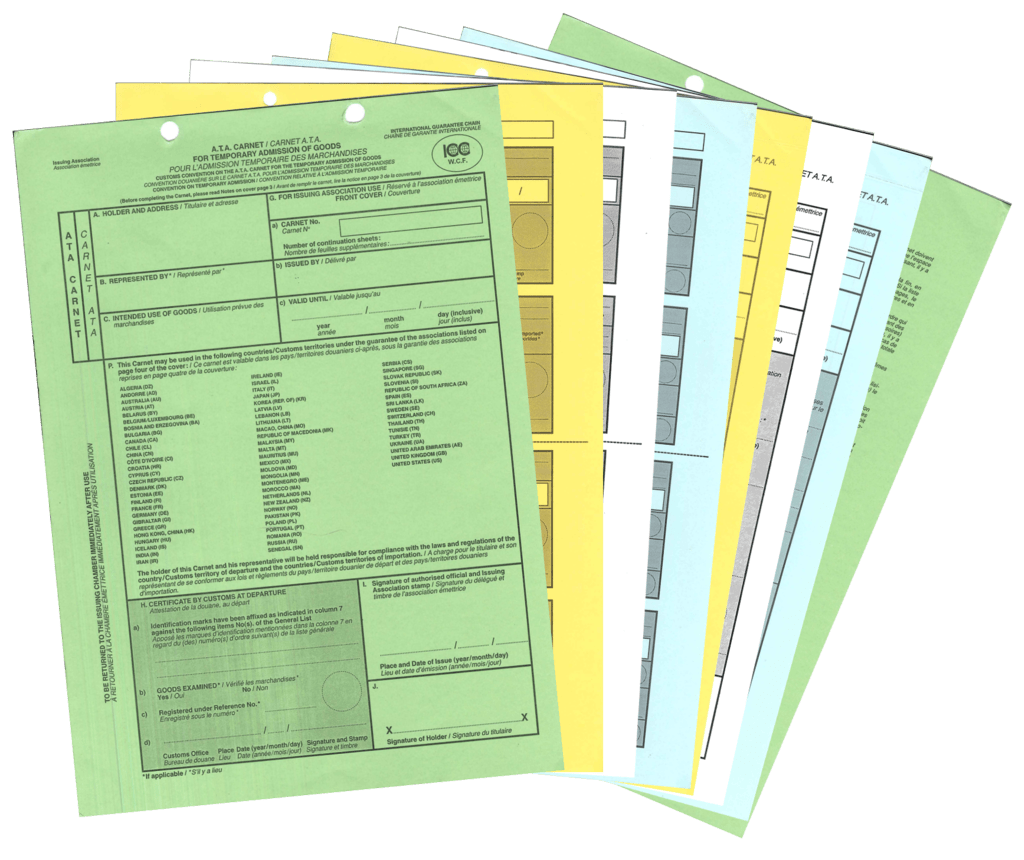 A Carnet is international customs documents used to temporarily import and export merchandise. Carnets are also known as an ATA Carnet and is used to avoid payment of duties and taxes on certain items when they are being temporarily imported and exported for up to a year. They are commonly used for trade shows, exhibitions, and other events. Also known as a Carnet de passage.

Carnet are administered by the World Customs Organization (WCO), The International Chamber of Commerce (ICC) with various national customs authorities. The WCO is the global customs organization that sets international standards and provides guidance for customs around the world.

How many countries are members of the ATA Carnet system?

There are over 78 countries that are members of the ATA Carnet guarantee system. These countries include the United States, Canada, Mexico, the United Kingdom, France, Germany, and many more.

There are several advantages to using a Carnet when importing and exporting goods. Carnet allow for an easier and faster process for crossing borders, as the paperwork and documentation required is much simpler than the traditional process. Carnets also allow for the temporary import and export of goods without having to pay duties or taxes, which can save businesses significant amounts of money. Finally, Carnets are accepted in many countries around the world, making it easier for businesses to do international trade.