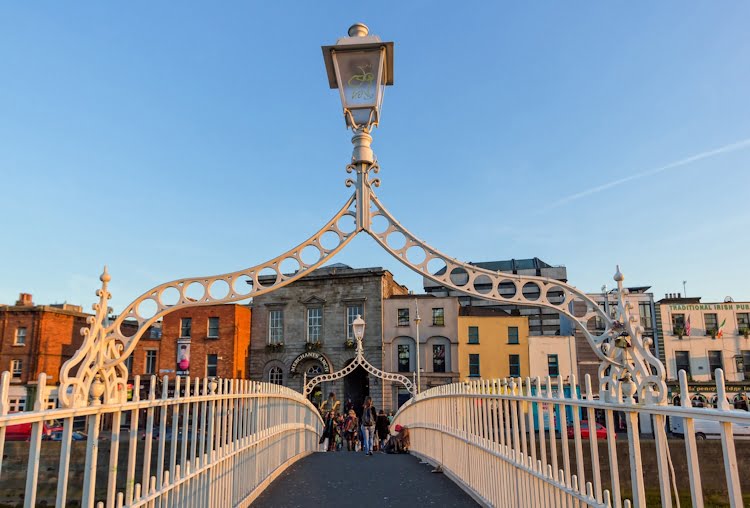 As Brexit get ever closer, the date that the transition ends for the UK leaving the UK is midnight on 31 December 2020, more effects on cross-border trade become clearer. Amazon have announced that shoppers in Ireland who purchase from the UK version of Amazon, Amazon.co.uk, will face VAT and customs charges on their imports.

Amazon does not offer an Irish store and many shoppers in the Emerald Isle shop using the UK version. As the UK leaves the EU at the beginning of 2021, then import duties and VAT are likely to be levied when cross-border shopping. It is likely that the exact amount of import fees due will be conditional and decided on the UK and EU agreeing a trade deal after the transition period.

This has been reported in a number of Irish publications including the Irish Times. Many Irish shoppers on social media are up in arms about the announcement.

Customs fees for shopping at Amazon.co.uk in Ireland

Amazon sent out a warning to Irish shoppers that increase fees are likely in future. In the email, a copy of which is below, they said:

“Your package may be subject to customs duties, taxes and import fees” as well as “the collection of VAT, or an estimation of import fees.” 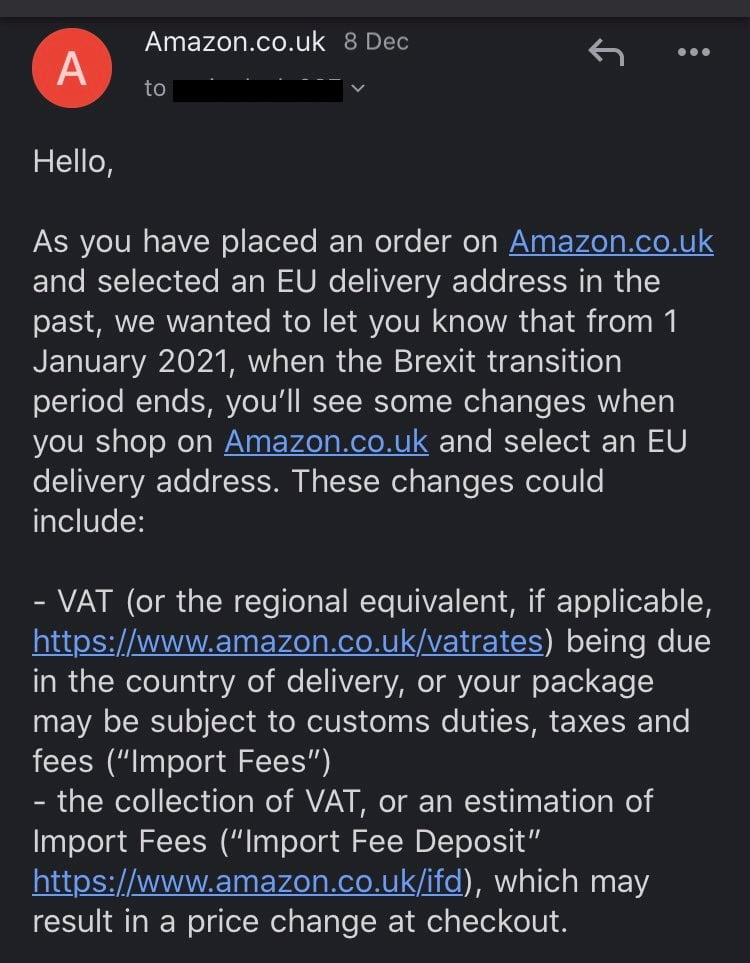 Returns from Ireland to Amazon.co.uk

As well as purchases, returns are also going to see a significant change, which will make it harder for Irish customers to return their shopping. Shoppers will be required to pay the return costs if the reason for the return is because the item is not defective. Items that are defective can be returned at the cost to the seller.

Shoppers will need to get a refund on any import fees and VAT paid.

What about Amazon Prime?

Many people who are subscribed to Amazon Prime in Ireland will also see changes. Prime for Irish users is linked to the UK Amazon. It is unclear how Amazon will handle this, and Amazon have declined to comment at this stage. It is likely that there will be an increase in price.

Is there a way round this?

The obvious way to get round these changes, and not have to pay extra fees and taxes, is for shoppers in the EU to switch to another EU Amazon website, it is possible for consumers in the Republic of Ireland to use German and French Amazon (Amazon.de and Amazon.fr) and switch the language option to English. Then any cross-border shopping, post-Brexit, from Amazon with delivery to Ireland remains intra-EU trade and as such will not be subject to import duty and additional taxes which will occur when shopping from a non-EU country.

What are Import Fees?